Triggered While in Rome 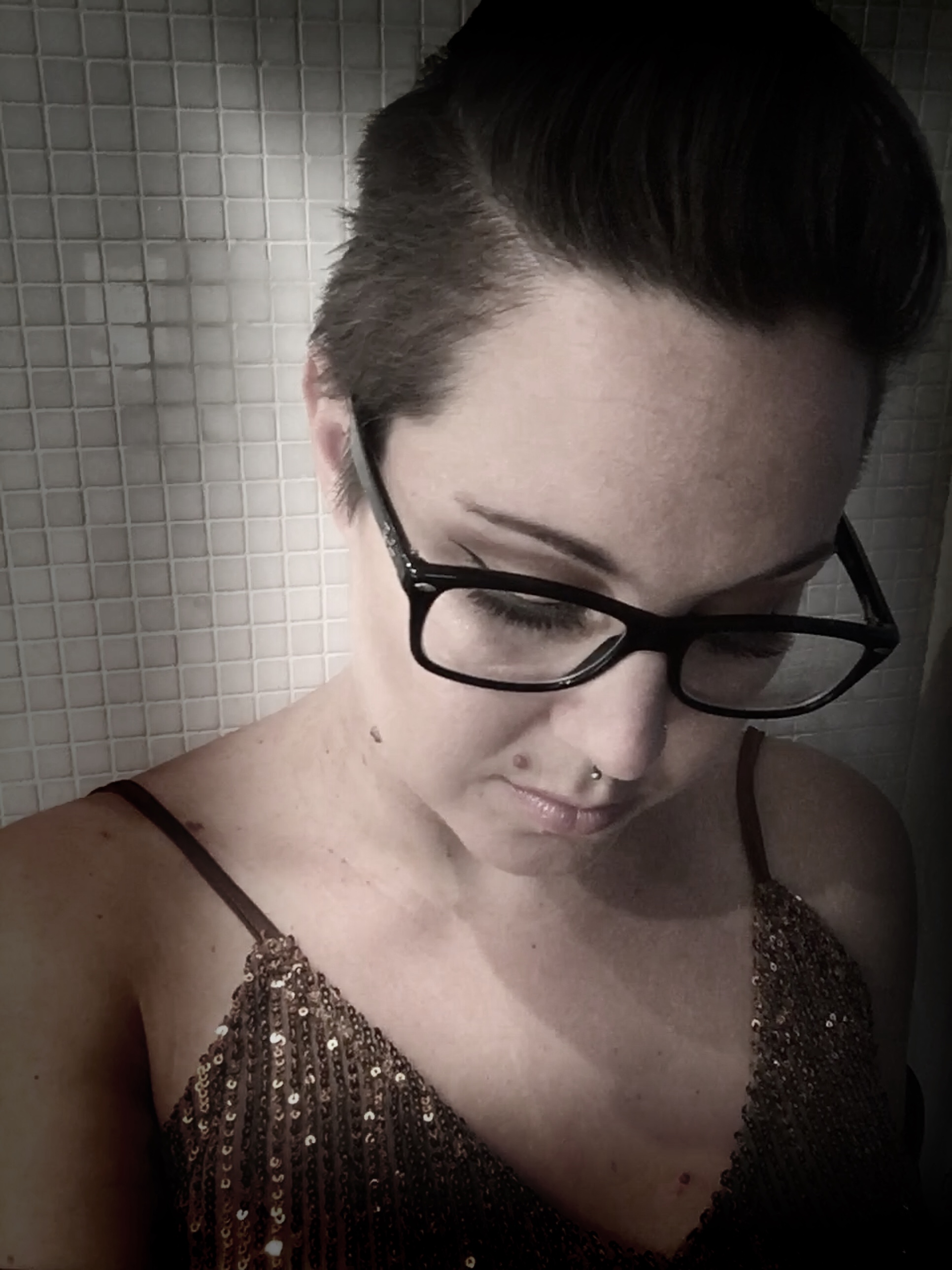 Fair warning, this post may be triggering for some. It will include a story about a relationship I once had that became hostile and abusive. Those who are easily triggered themselves by reading about these behaviors are urged not to read this post. My goal is not to also trigger you in telling my story.

The day I arrived in Rome was tense, to say the least. It was tense because just the day before some things went down within my travel pod that caused everyone to be uncomfortable. So when we arrived, I went to my bedroom.

My friends were drinking on the train and with additional alcohol purchased upon arrival I knew it was time for me to remove myself from the situation, like I have been doing since getting sober. It’s my defense mechanism, to remove myself from situations when people start to drink more then what I am comfortable with handling. Sometimes I don’t always have the option of leaving but if I do…I take it.

I believed it was in everyone’s best interest if I remained uninvolved in any further goings on so I closed my door and entered my chill zone for the evening, little did I know what was about to happen…

I had Netflix streaming, snacks and had no intention of leaving my room for the duration of the evening. Both because I didn’t want to be around the alcohol and tense situation but mostly because I really just wanted some much needed alone time as I hadn’t gotten much of that this trip. Totally not complaining, it’s just how things worked out with the places we rented. Plus, sleeping in the living room meant I had a TV where I slept and I’m not complaining about that since I like to fall asleep with background noise.

Anyway, I do one of those mud face masks because apparently traveling makes me break out like a 13 year old girl and take my shower. I put on some undies and a crop top, climb under the blankets and start watching Steel Magnolias. I fucking love that movie by the way…one of my favs.

I scroll casually through my phone when I noticed I have a message request on Instagram which means that this person hasn’t messaged me before and I haven’t given them permission to message me. Those messages are usually spammers trying to sell you follows and likes. So that’s what I expected when I opened it….I was way wrong.

Instead I was greeted with a message from my abusive ex. Some of you know who this person is and anyone reading my stuff for the first time, you probably don’t so let me catch you up.

When I was younger, I made the horrendous mistake of marrying early to one of the few guys who paid attention to tomboyish flat chested adorably clueless and overly religious me.

He was mentally abusive to me on a regular basis. I was never good enough, never pretty enough, was horrible at sex and no matter how hard I tried or followed his directions perfectly, it was never good enough. He was always yelling and berating me about something, even if it wasn’t my fault at all (like him losing a ton of our money at the Casino, which apparently was my fault because I wasn’t there to rub his shoulders for the 12 hours he played poker). Mind you I was working two practically full time jobs at the time – a day job for a phone company and Hooters in the evenings.

I should just keep my mouth shut and know my place. I got in trouble constantly for men looking at me and he accused me of cheating on numerous occasions when I only ever had eyes for him. I barely even hugged other men for fear of him seeing and accusing me of anything.

I lived in fear on a daily basis scared to fuck up and if I did fuck up, I knew it would be a night full of yelling at me until the sun came up, sleep depriving me until I had to go to both my jobs the next day. Sometimes I’d even have to give him money to keep him off my back because at least if he was at the casino gambling, I could sleep (or at least try but many nights I lay awake scared that he was losing and was going to come home and take it out on me). That’s about all I can bare to share in one sitting as even sharing this much starts to take its emotional toll on me so I’ll stop there.

He was one of those narcissistic self-important types with, I’m convinced, undiagnosed bipolar disorder.

The content of the message was simple….I put the dog we bought together to sleep, it made me think of the old times, you were a good dog mom, it must’ve been tough leaving, lets have coffee if you’re ever in my area.

I couldn’t reach out to my friends I was traveling with because things were so tense and they were finally having a good time together after all the shit from the previous day so I didn’t bother them with it.

I immediately texted my best friend and then filmed her a marco polo video in tears. I also texted a close friend of mine who has been helping me with my sobriety while I’m still looking for a sponsor. I was reaching out for help because I was shook and alone. Thank God for their instant replies and support, I don’t know what I would have done without them.

I stayed in the room and tried my best to remain as calm as possible through the anxiety that I could feel rising into my throat. My heart was racing, eyes burning, stomach in knots and I knew I was headed for a full on panic attack. I had experienced this before so luckily I knew what to do to help stabilize myself.

I put on my favorite band, ran a hot shower and sat in the bottom of the shower letting the water hit my neck and back while I cried. It was one of those REALLY ugly cries too. Snot and everything! The waters constant pouring down my back was soothing and I was eventually able to get my breathe under control.

How was it possible that after all this time that I still feel utterly terrified by this human? That a simple message can strike so much fear into my heart that it puts me into a full on spin. When it happens I’m thrown right back into what it felt like to be under his thumb all those years, remembering each of the traumatic experiences like it was just yesterday.

I’ve wrestled with whether or not I should share this story or even the video that I filmed for my best friend in my state of panic and fear. But I fear that it might do more triggering to share the video then helping. Even when I go back and watch it now, I can see the fear in my own eyes. I did want to share some of the things I said (mind you, this is right after I saw the message and most of it full of just raw emotion):

“Getting that message was so fucking triggering. Still after like all these years just seeing that is like a fucking dagger to the chest.”

“To use our dead dog as a reason to contact me? Are you fucking kidding me dude?

“In what fucking world is it ok for you to have done what you did to me for so many years and then fucking contact me and invite me to coffee? That message is so fucking manipulative in so many ways and like I can’t…I can’t with that shit.”

“Just the fact that he’s looking for me scares the shit out of me. I’m in another fucking country and it’s still terrifying to me. I’m in a place where like there is no way he’d ever find me and I’m still like shook and terrified.”

“I don’t know how to get rid of that. Like how do you? Is that even possible?”

So THAT is the question isn’t it? How does one heal from that kind of trauma in their lives? Especially when that person keeps making random appearances throughout the years. I’m still trying to figure that out.

That trauma, for me, occurred from ages 16 – 25. That is not including the 6 months after I left where he stalked, harassed and threatened to murder everyone around me including himself but would leave me alive so that I would see the ramifications of my actions and suffer alone without everything/everyone I loved. Yea, the shit went that deep my friends.

But here is the silver lining…I got out! I’m still dealing with the trauma that I went through but I am alive and have never once regretted my decision to leave this human. As I sit here with tears streaming down my face, painfully describing this situation to you I want you to know that if you are going through something like this yourself that you are not alone.

We don’t always publicize the things we go through in this lifetime but understand that there are people who have been through what you are going through and have gotten out of terrible situations and found the strength to carry on. It can seem impossible to get out and start over but I’m here to tell you that if you want to break free, there is help out there.

In sharing my story, I hope that it finds the people who need to read it. I hope that it helps you understand what it’s like for someone who has gone through something like this. It’s not going to be easy, but it’s going to be worth it.

While I’m still struggling with what happened to me, it’s nothing compared to the life of pain that would have been my every day existence had I stayed. So I’ll take these momentary panic attacks and grow stronger with each and every one as I navigate my life while healing the wounds of my past. I refuse to lay down and surrender because I deserve better and so do you.

Today, I’m alive because I choose to fight. I want that for you today. Fight for what you want and what you believe in. Survive and thrive. 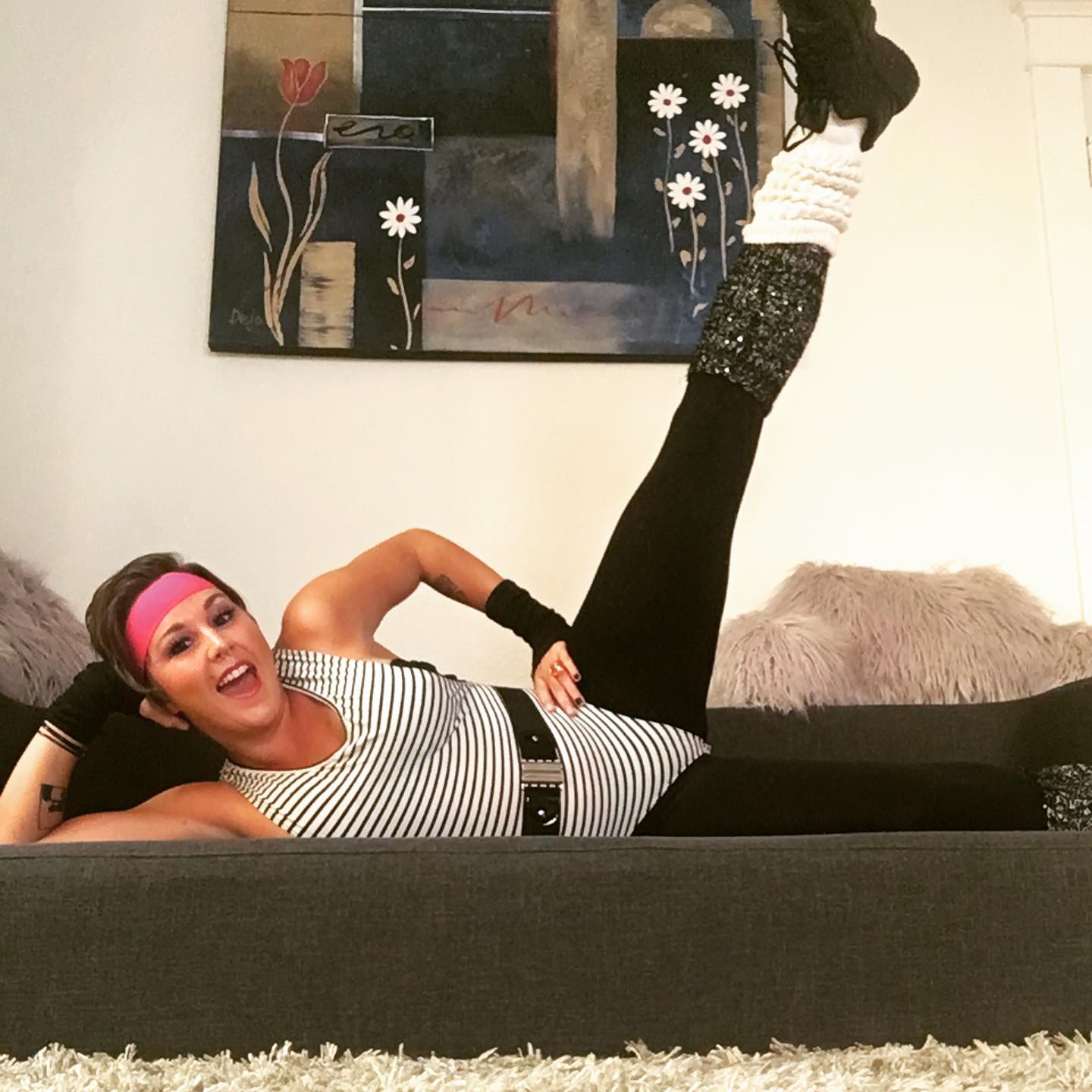 80’s Aerobic’s Instructor – Did I Miss My Calling? 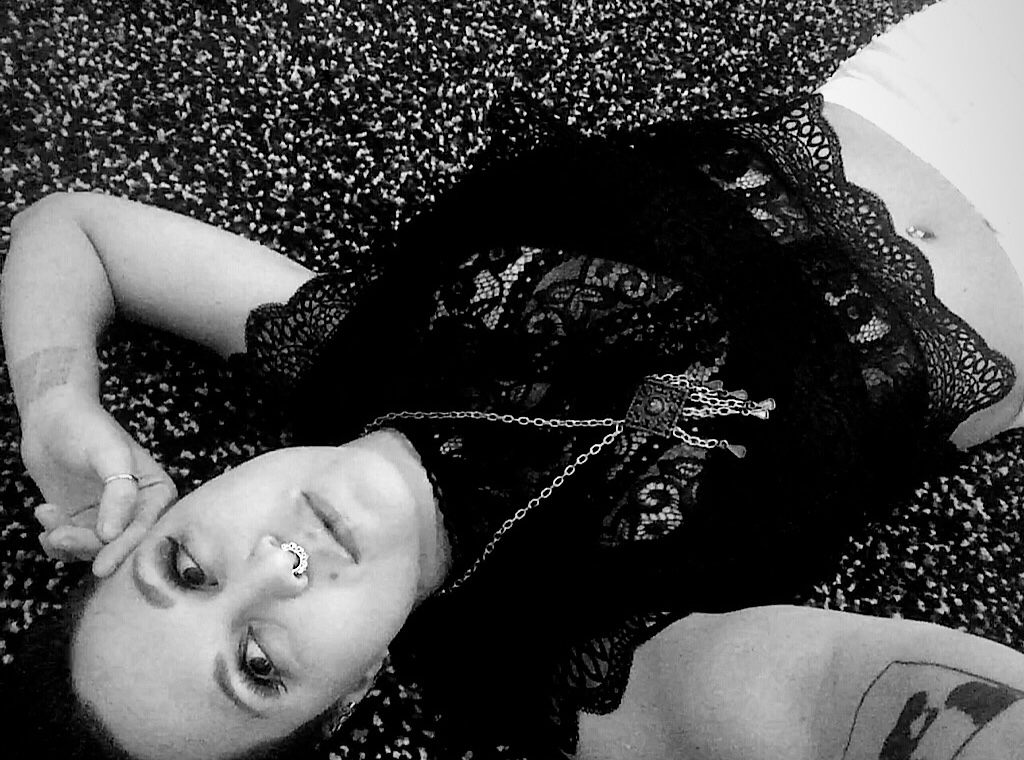 The Death of Self Confidence 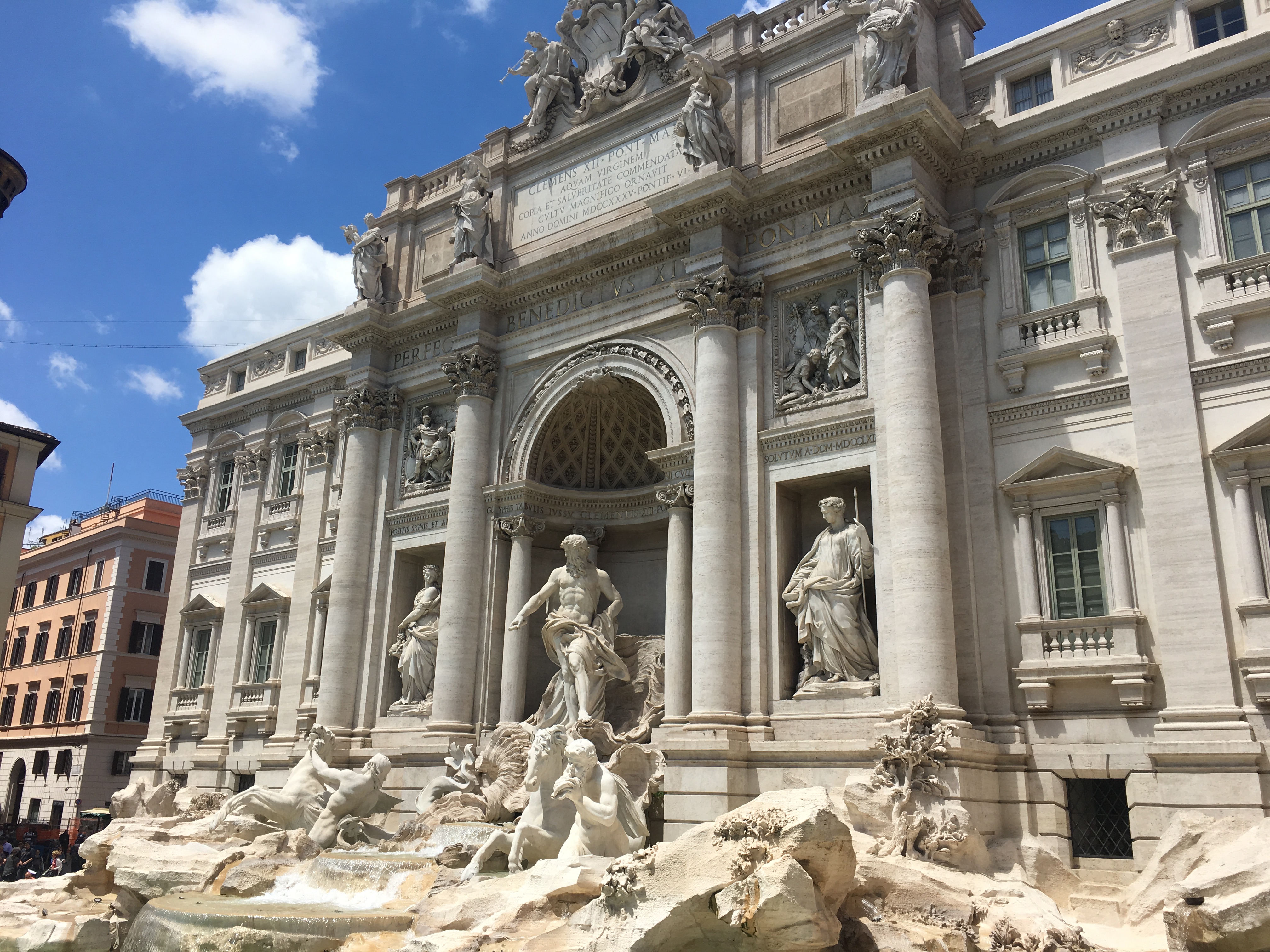 90 Days Sober on an Extended Vacation

1 thought on “Triggered While in Rome”